NYFTA and its members recently launched a program and fundraiser to help medical professionals on the frontlines working tirelessly to fight COVID-19 by providing meals and snacks throughout the New York City area. NYFTA is also supporting our members whose businesses have been closed as a result of the pandemic.

Find out more about how you can help as well as how a few of our members are giving back to their communities impacted by this crisis. 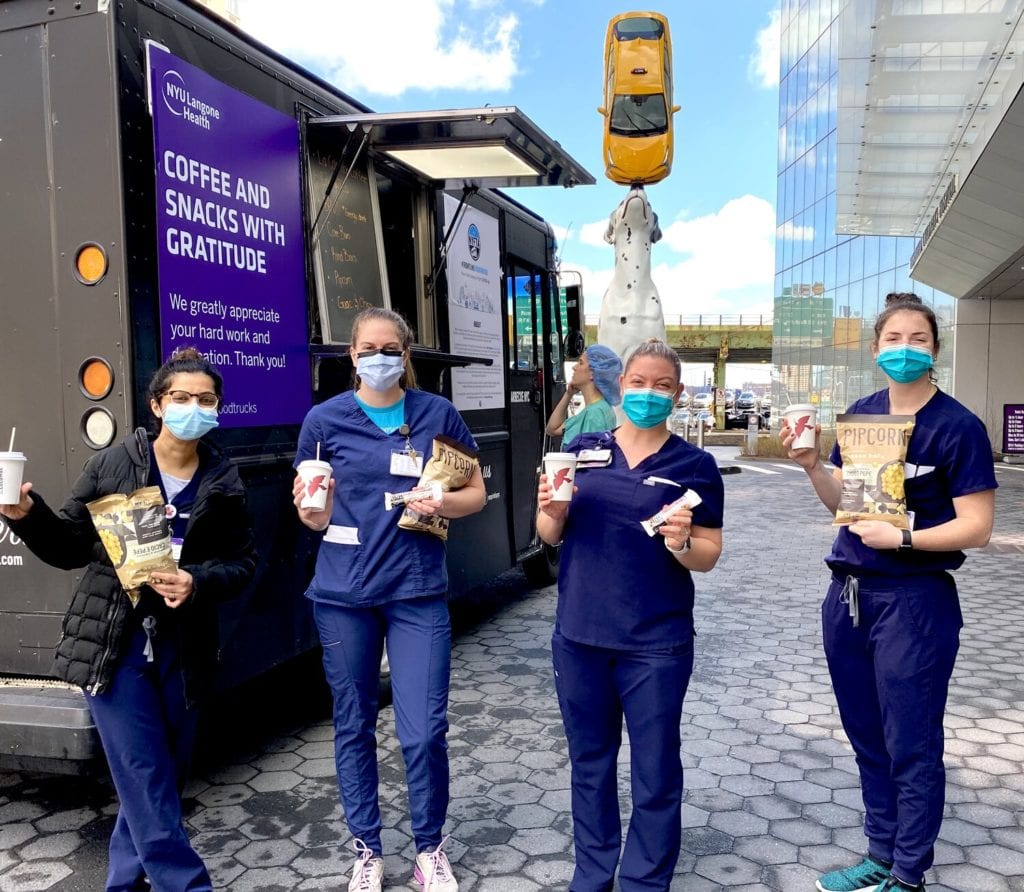 HELPING THOSE HELPING OTHERS

As the global pandemic tightens its grip, New York has now become its epicenter and, for tens of thousands of selfless medical professionals across the Tri-State area, the strain of combating coronavirus on the frontlines, against (seemingly) insurmountable odds while tirelessly putting themselves in harm’s way everyday.

In appreciation, New York Food Truck Association and its members are giving back and celebrating these brave men and women with #FrontLineFoodTrucks supporting medical professionals working to address COVID-19, while also supporting NYFTA’s food truck members, whose businesses have been forced to close as a result of the pandemic.

Currently, NYFTA’s GoFundMe fundraising page has raised over $16,000 from 123 people and NYFTA has been putting those donations to good use. With help from CORE Foods and NYFTA member NitroTaps thousands of “CORE Bars” and cups of coffee are being served twice-daily to employees at NYU Langone Hospital and Mount Sinai Hospital. La Colombe Coffee and Pip Snacks also pitched in by donating hundreds of pounds of coffee and thousands of snacks. 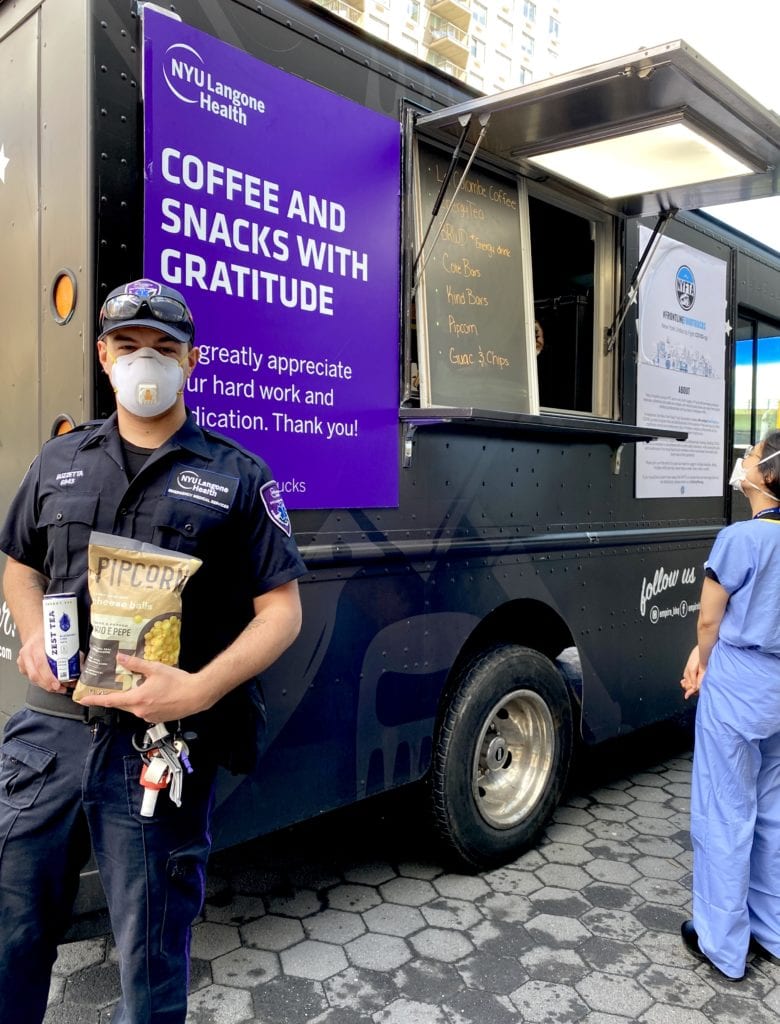 And everyday, more and more new partners are joining the fight and helping sponsor NYFTA’s events at NYU Langone and Mount Sinai including: Chobani, by CHLOE., Kind, and Sabra.

#FrontLineFoodTrucks is also helping NYFTA members whose businesses have been financially impacted by the pandemic. In a recent interview with The New York Times, NYFTA founder Ben Goldberg highlighted how donations are being used to pay for rental and labor fees for several of their members’ food trucks now stationed outside NYU Langone.

“Food trucks are taking very large hits,” Ben Goldberg told the newspaper’s Pete Wells and The Times reported that this initiative will be “the first money some of the trucks’ owners have earned in at least two weeks.

Helping members struggling in the wake of the pandemic is one of the core initiatives of #FrontLineFoodTrucks. As NYFTA’s Head of Business Development, David Botbol, told QSR Magazine  “That’s where we’re putting our efforts right now. How can we use the resources that we have – our vendors and our storage facilities – and help out as much as we can with getting people meals?”

Several of NYFTA’s members are even giving back to their own communities and helping those in-need during the crisis. Recently, NYFTA member Walter’s Hot Dogs provided free lunches to families, the local National Guard, medical workers, and students in New Rochelle, New York.

Chip NYC and Glazed and Confused also showed their appreciation to doctors, nurses, and first responders with free cookies and donuts to Mount Sinai Hospital in Queens and Trinitas Regional Medical Center in Elizabeth, New Jersey.

Just last week, Big D’s Grub served rice platters to medical staff at both Elmhurst Hospital in Queens and Manhattan’s Fresenius Clinic and Big D’s has created a GoFundMe with a goal of providing 3,000 hot meals “to feed heroes working the frontlines in healthcare” with all donations being use for food, labor, and transport.

With so many across the Tri-State area in need and millions affected right here at home in New York, NYFTA and its members are doing their part by feeding the countless men and women working to fight COVID-19. For more information, check out NYFTA’s Instagram, website, or visit their GoFundMe page to donate directly and lend a helping hand. Because together, we can make a difference.